Karen was one of the founding members of Joyful Rescues. We would not be where we are today if not for her tireless efforts to help pets in need. Even in the after-life she has continued to help and guide us in our efforts. She truly was an angel on earth and is greatly missed!

I looked at all the caged animals in the shelter… the cast-offs of human society. I saw in their eyes love and hope, fear and dread, sadness and betrayal. And I was angry! “God,” I said, “This is terrible! Why don’t you do something?” God was silent for a moment and then spoke softly, “I have done something,” was the reply. “I created you.” - Author Unknown

​Scott passed away of a heart disease in the Spring of 2017. He was the longest staff member at Joyful Rescues with over 7 years. Scott was much more to us than a team member, he became our devoted, and much loved, friend. If anything ever went wrong and we needed him here any hour or day of the week he was a phone call away and was here within 10 minutes. He was a character and taught us many comical sayings. We laughed with him, cried with him, and enjoyed many lunches together. He is sorely missed and still to this day no one is parking where Scott did.

​It's not just the humans who miss Scott....it's the dogs! They ADORED him! Every morning he'd walk down the sidewalk to the Dog House and say "Helloooooo Babiessss!". There was always a gang that followed him along the fence line, wherever he went, to keep him in site and the pack sure knew the sounds of his truck as they all ran to that side of the house when he pulled in - tails a wagging! If anyone out there adopted a medium to large dog from us in the last 7 years it was Scott that they first loved and some dogs had never loved another human before, but sure didn't take long to love Scott! He called himself "Big Scott" and that he was and he has left a BIG hole in all our hearts. 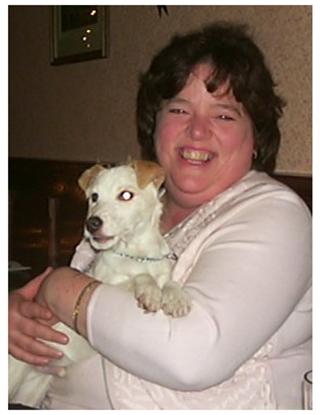 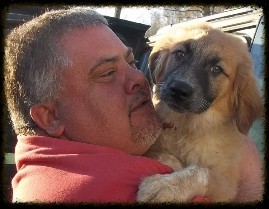